“We're drowning in information yet thirsting for knowledge.” 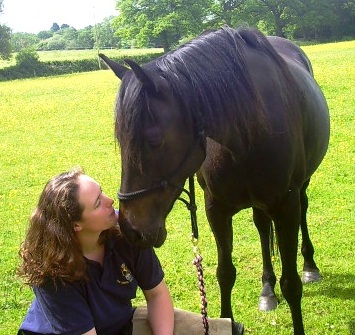 I think education needs to be more than information. True knowledge is based on understanding, experience and perspective. Learning needs material to be clear, realistic and well paced, delivered in a supportive and fun environment.

Having horses should be a joy.

It’s a privilege and an honour to have horses in our lives, but it can also be pretty stressful figuring out what to do for the best.

There are so many different opinions - all presented like they’re gospel!  If you don’t already know the answer (in which case you wouldn’t be asking) it can make things more confusing, not less. It’s hard to tell who really knows what they’re talking about and who’s just shouting the loudest.

I started helping people with their horses way back in the last century… the last millennium in fact!! 🙂 I started out with remedial training, but I found, while I love training horses, I really didn’t love doing it for money. Oddly getting paid for it stole the joy from me, and made my time with my own horse, JD, feel like work.

JD being far wiser than her years, literally and figuratively kicked me into becoming an Equine Podiatrist. I was already studying human health and injury rehab, so it was natural when I started learning about hooves, that the connection between hooves and whole horse health stood out to me.

It's Not Just Hoof Care. It's A Revolution!

I was trimming professionally by 2006… back in the days before social media experts… oh they were simpler times!

Once social media took off, there was so much advice being thrown around, and so much of it was... erm…. questionable? Whoever shouted loudest seemed to be the authority. Over time, that dodgy advice was repeated so often it started to sound reasonable.

You know that saying...

“Never argue with an idiot. They drag you down to their level, then beat you with experience”

A voice of reason can easily be drowned out by unreasonable shouting. I hate confrontation. I wanted to be able to create a place of calm and fun, where ideas could be presented and explained in a way that was easy to understand. That lead me to create the Hoof Geek blog in 2013

No-one was more surprised than me to find that I was a voice of reason! It seems slightly odd to describe being the 'reasonable middle ground' a revolution, but the world of horsey people is a little odd at times 🙂

It turned out there was far more to the barefoot world than the people who were making all the noise. There was a huge body of people who loved their horses being barefoot, and were as horrified by the militant rantings of the lunatic fringe as I was.

Apparently none of us wanted to engage with all that ranting, so we never spoke up or engaged on social media. We just quietly got on with what was best for our horses, but struggled to find somewhere to go for information and support.

Let's Simplify Without Dumbing Down

I’d been running courses for horse owners since 2011 but the blog meant I was talking to people world wide! Whenever I ran a course in the real world, I got emails from people who wanted to come but had horse/dog/child/work commitments that prevented them from doing so, or it was just too far. While one awesome lady did come from New Zealand to attend a course, international travel is a tall order for a weekend.

I decided to host the courses online, broken down into bite sized chunks and spread over few weeks so people could learn at their own pace, at a time and place that suited them. No stress, no shouting, no judgement, no overwhelm. Reasoned explanations, 1 thing at a time.

So… here we are. The Hoof Geek Academy was born. 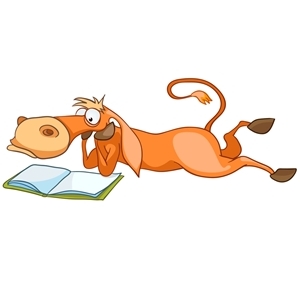 Join the Hoof Geek Academy to: